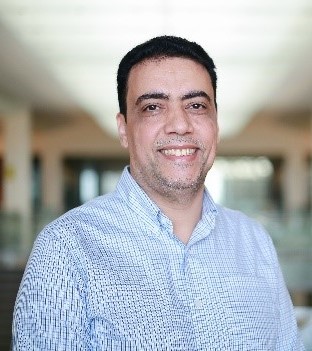 
King Abdullah University for Science and Technology (KAUST)
Dr. Elbaz obtained his Ph.D. degree in mechanical power engineering from Helwan University, Cairo, in 2008. He has a Fulbright visiting assistance professor grant at Faculty of Engineering, Vanderbilt University, Nashville, Tennessee, USA (2009-2010). There, he developed a laser diagnostic technique to measure the flow velocity in a supersonic environment: “ N2O molecular tagging velocimetry technique for supersonic flow measurements”. Then Helwan University hired him as an assistant professor (2011-2012) before joining CCRC, KAUST. In 2013 Dr. Elbaz took the position of research scientist at KAUST, and recently he got promoted to a senior research scientist in CCRC. 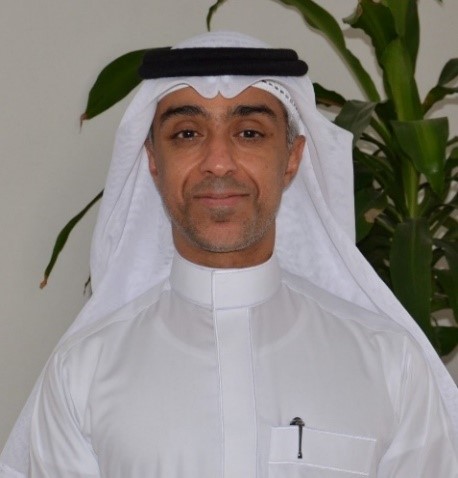 
king Fahd University of Petroleum and Minerals (KFUPM)
Abdullah is an assistant professor of geophysics at the College of Petroleum Engineering and Geosciences, KFUPM. He earned his B.Sc. degree in geophysics from KFUPM, M.Sc., and Ph.D. from the University of Calgary. Abdullah was a visiting scholar at Stanford University between 2012 and 2013. He led and co-led several carbon capture and storage (CCS) projects and initiatives during his post-graduate and professional career, including the Pembina-Cardium CO2-EOR Pilot Project, the Wabamun Area CO2 Sequestration Project (WASP), and site selection and monitoring under KACST-TIC CCS. He also contributed to consortia, e.g., Stanford Center for Carbon Storage (SCCS), workshops, and educational courses focusing on CCS. Abdullah is a member of several professional societies, including the Society of Exploration Geophysicists (SEG), European Association of Geoscientists and Engineers (EAGE), American Geophysical Union (AGU), American Association of Petroleum Geologists (AAPG), and Dhahran Geoscience Society (DGS).

Title of Presentation:
Carbon Capture and Storage in Geologic Formations and the Path Toward Net-zero Carbon Emissions 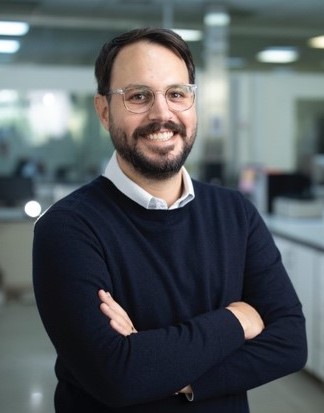 
Royal Scientific Society (Jordan)
Kyle E. Cordova is Executive Director for Scientific Research and Senior Assistant to Her Royal Highness Princess Sumaya bint El Hassan for Scientific Affairs at the Royal Scientific Society, Jordan and an Adjunct Professor in the Department of Chemistry at the Universiti Putra Malaysia, Malaysia. Kyle received his graduate degree in inorganic chemistry from the University of California, Los Angeles (UCLA). He was a founding leader of the University of California, Berkeley Global Science Institute (BGSI). During his tenure at BGSI, Mr. Cordova was responsible for designing, implementing, and managing all global science centers in the United States and abroad (Japan, South Korea, Saudi Arabia, United Arab Emirates, Kuwait, Jordan, China, Malaysia, Indonesia, Argentina, and Mexico). His research continues to focus on further developing and promoting the principles of reticular chemistry for applications in clean energy, health, and the environment. He has co-authored more than 50 publications, including 5 in Science or Nature family journals, with >16,000 citations. Kyle has received a number of awards including being named a Leaders in Innovation Fellow from the Newton Fund and UK Royal Academy of Engineering, International Union of Pure and Applied Chemistry (IUPAC) U.S. Young Observer from the US National Academies of Sciences, Engineering, and Medicine, Ronald E. McNair Scholar, and US National Cancer Institute CURE Scholar. He has recently founded his first spin-off company, AquaPoro Ventures, to commercialize his research discoveries for water applications. His company won the Queen Rania National Entrepreneurship Competition and UNICEF Water, Sanitation, and Hygiene Entrepreneurship Competition.


Adsorption Technology Center, Air Products (USA)
Edward Weist has worked for Air Products Research and Development efforts since 1988, the last 30 years in adsorption technology. He develops processes for the separation and purification of gas by adsorption - from concept to industrial scale design. His contributions include carbon dioxide capture, hydrogen purification, helium purification, argon purification, methane upgrading, pretreatment of air prior to cryogenic distillation, and ozone/oxygen separation. Edward has a BS in Chemical Engineering from the University of Pittsburgh (USA) and a PhD in Chemical Engineering from the University of Massachusetts (Amherst, USA).

Title of Presentation:
Industrial Scale Adsorption Processes for Carbon Dioxide Capture
Title: Energy Sector De-carbonization: Challenges and Opportunities
The energy sector’s de-carbonization is a complex process and includes different approaches aiming for the stepwise movement to a low carbon mobility future. Ammonia as an alternative fuel is considered essential to this transition as an energy carrier, a carbon-free molecule with high energy density, and an established production and distribution infrastructure. With the traditional NH3 production, green ammonia production highlights the importance of further development to implement ammonia as a building block in the global low-carbon energy landscape. To this end, my talk will focus on the opportunities and challenges of ammonia combustion from fundamental to applications.
Title: Carbon Capture and Storage in Geologic Formations and the Path Toward Net-zero Carbon Emissions
On October 23, 2021, Saudi Arabia launched the Saudi Green Initiative (SGI). Among the primary targets of the SGI is for the Kingdom to achieve net-zero emissions by 2060. Besides the Kingdom, many countries have announced their ambition to reach net-zero carbon emissions by 2050 or 2060. Carbon Capture and Storage (CCS) technology is expected to be an integral component of many net-zero strategies. The Intergovernmental Panel on Climate Change (IPCC) demonstrated in one of its iconic reports that CCS is not only a viable but also a necessary climate change mitigation technology (IPCC, 2005). In addition, the International Energy Agency (IEA, 2019) estimates that CCS technology can contribute to about one-fifth of the global reduction in greenhouse gas (GHG) by 2060. Moreover, the Global CCS Institute report in 2020 described the many environmental, economic, and societal values of CCS, including achieving net-zero emissions, supporting economic growth, and facilitating a just energy transition. In fact, most studies indicate that achieving negative carbon emissions is not feasible without CCS. In this talk, we will start with a general overview of the CCS technology before we discuss, in some detail, the various aspects of the storage component of CCS. Topics will include site selection criteria, site characterization procedures, measurement, monitoring and verification (MMV) techniques, and factors influencing CO2 storage efficiency in geologic formations. We will show examples from several regional and international CCS projects before concluding with an outlook for the CCS technology.
Title: Reticular Materials for Chemical Fixation of Carbon Dioxide
The carbon dioxide challenge is one of the most pressing problems facing our planet. Each stage in the carbon cycle-capture, regeneration and conversion has its own materials requirements. In this seminar, I will discuss our success in rationally and systematically modulating the interplay between the structures of reticular materials, such as MOFs, and the desired output chemical properties in order to achieve exceptionally selective capture and effective catalytic conversion of CO2 to value-added products. I will demonstrate how the interior of reticular materials can be designed with a level of precision that is crucial for the development of the next generation of CO2 adsorbents as well as higher-performing catalysts for CO2 conversion. To realize a total solution, I will argue the case that the precision of reticular chemistry is essential for building more complex materials to address selectivity, capacity, conversion, and regeneration together in one material.
Title: Industrial Scale Adsorption Processes for Carbon Dioxide Capture
Carbon dioxide can be separated from other gases by selective adsorption. Combining the right adsorbent with an adsorption process provides for the production of high purity carbon dioxide at high recovery. Air Products has a demonstrated history of success in such processes and continues to evaluate the many options. As the world’s largest merchant producer of hydrogen from natural gas, Air Products has a keen interest in developing the most efficient solutions for existing and future hydrogen-generating installations.

IRC for Hydrogen and Energy Storage