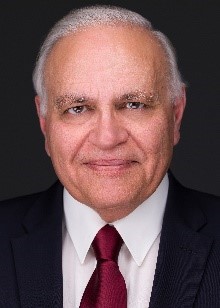 
Villanova University (USA)
Moeness Amin received the B.Sc. degree from the Faculty of Engineering, Cairo University in 1976, M,Sc from KF University of Petroleum and Minerals in 1980, and a Ph.D. degree from the University of Colorado, Boulder, in 1984, all degrees are in electrical engineering. Since 1985, he has been with the Faculty of the Department of Electrical and Computer Engineering, Villanova University, Villanova, PA, USA, where he became the Director of the Center for Advanced Communications, College of Engineering, in 2002. Dr. Amin is a Life Fellow of the Institute of Electrical and Electronics Engineers (IEEE); Fellow of the International Society of Optical Engineering (SPIE); Fellow of the Institute of Engineering and Technology (IET); and a Fellow of the European Association for Signal Processing (EURASIP). He is the Recipient of: the 2022-IEEE Dennis Picard Medal in Radar Technologies and Applications; the 2017-Fulbright Distinguished Chair in Advanced Science and Technology; the 2016-Alexander von Humboldt Research Award; the 2016-IET Achievement Medal; the 2014-IEEE Signal Processing Society Technical Achievement Award; the 2009-Technical Achievement Award from the European Association for Signal Processing; the 2015-IEEE Aerospace and Electronic Systems Society Warren D White Award for Excellence in Radar Engineering. He is the Recipient of the IEEE Third Millennium Medal. Dr. Amin has over 850 journal and conference publications in signal processing theory and applications, covering the areas of Wireless Communications, Radar, Sonar, Satellite Navigations, Ultrasound, Healthcare, and RFID. He has co-authored 25 book chapters and is the Editor of three books on radar. 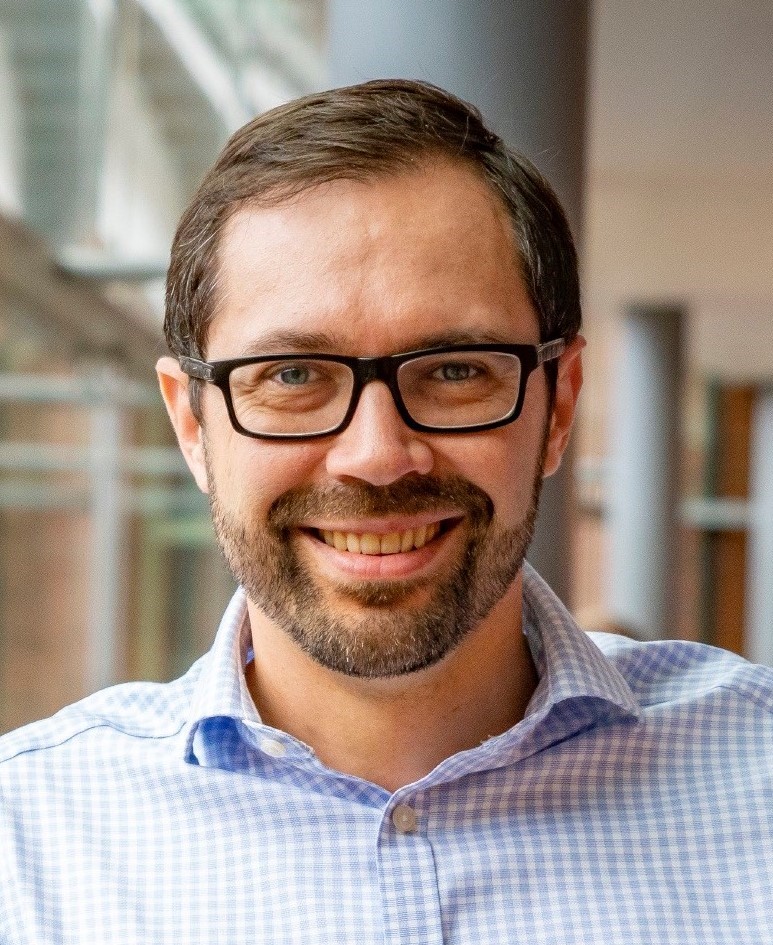 
Chalmers University of Technology (Sweden)
Henk Wymeersch obtained the Ph.D. degree in Electrical Engineering/Applied Sciences in 2005 from Ghent University, Belgium. He is currently a Professor of Communication Systems with the Department of Electrical Engineering at Chalmers University of Technology, Sweden. He is also a Distinguished Research Associate with Eindhoven University of Technology. Prior to joining Chalmers, he was a postdoctoral researcher from 2005 until 2009 with the Laboratory for Information and Decision Systems at the Massachusetts Institute of Technology. Prof. Wymeersch served as Associate Editor for IEEE Communication Letters (2009-2013), IEEE Transactions on Wireless Communications (since 2013), and IEEE Transactions on Communications (2016-2018) and is currently Senior Member of the IEEE Signal Processing Magazine Editorial Board. During 2019-2021, he was an IEEE Distinguished Lecturer with the Vehicular Technology Society. His current research interests include the convergence of communication and sensing, in a 5G and beyond 5G context. 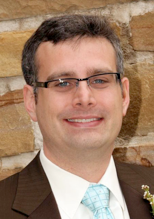 
Georgia Institute of Technology
Gregory D. Durgin (Senior Member, IEEE) received the B.S.E.E., M.S.E.E., and Ph.D. degrees from the Virginia Polytechnic Institute and State University in 1996, 1998, and 2000, respectively. In fall 2003, he joined the Faculty of Georgia Tech, School of Electrical and Computer Engineering, where he serves as a Professor. He founded the Propagation Group with Georgia Tech, a research group that studies radiolocation, channel sounding, backscatter radio, RFID, and applied electromagnetics. In 2001, he spent one year as a Visiting Researcher with the Morinaga Laboratory, Osaka University. He is a frequent consultant to industry, having advised many multinational corporations on wireless technology. He received best paper awards for articles coauthored in the IEEE Transactions on Communications (1998 Stephen O. Rice prize), the Japanese Society for the Promotion of Science (JSPS) Post-Doctoral Fellowship in 2001, IEEE Microwave Magazine in 2014, and IEEE RFID Conference in 2016, 2018, and 2019. He has authored Space-Time Wireless Channels, the first textbook in the field of space-time channel modeling. He is a winner of the NSF CAREER award, as well as numerous teaching awards, including the Class of 1940 Howard Ector Outstanding Classroom Teacher Award at Georgia Tech in 2007. He has served as an editor for the IEEE RFID Virtual Journal, IEEE Transactions on Wireless Communications, and IEEE Journal of Radio Frequency Identification. He also serves on the Advisory Committee for the IEEE Council for RFID (ComSoc Liaison). 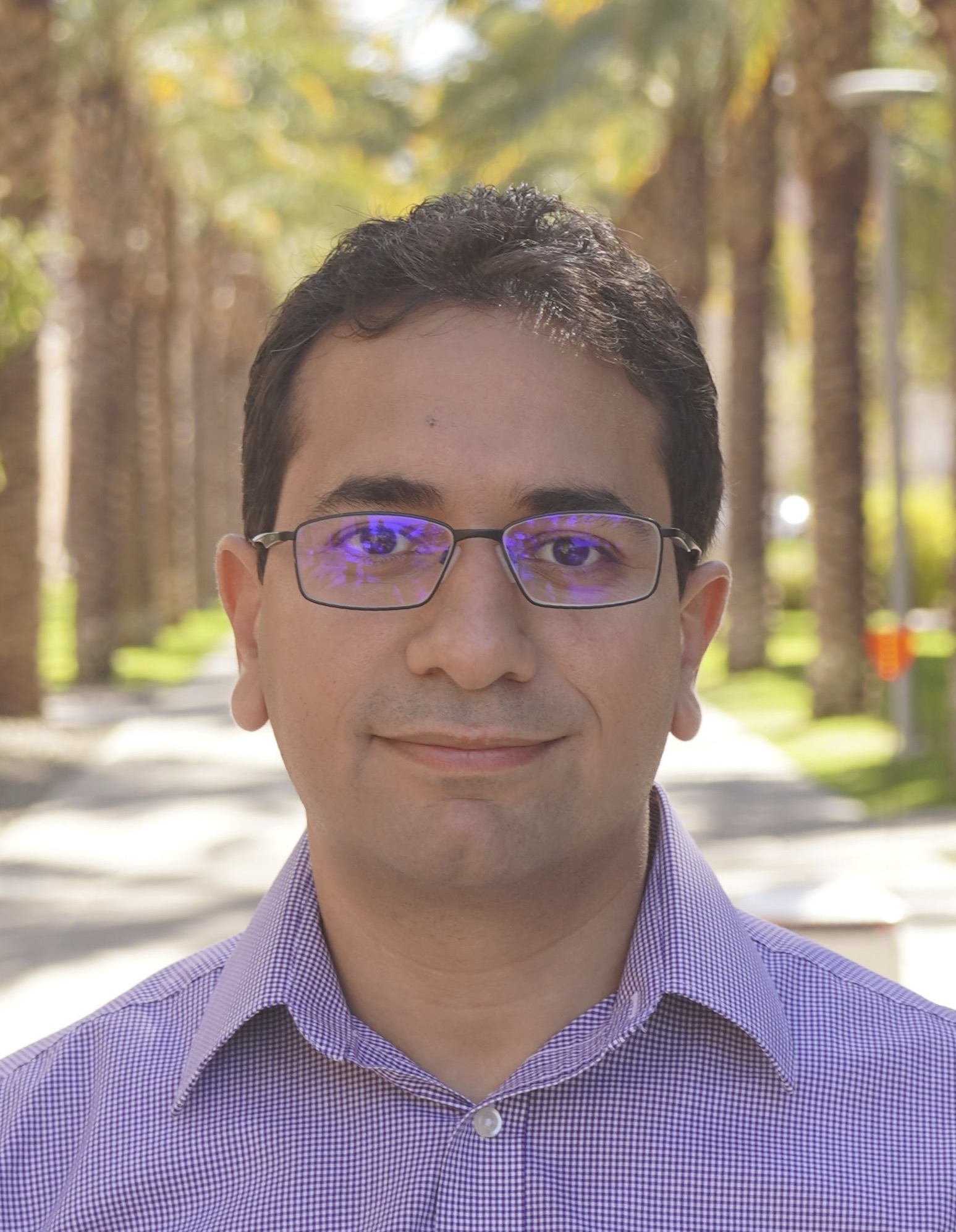 
Arizona State University (USA)
Ahmed Alkhateeb received his B.S. and M.S. degrees in Electrical Engineering from Cairo University, Egypt, in 2008 and 2012, and his Ph.D. degree in Electrical Engineering from The University of Texas at Austin, USA, in 2016. After the Ph.D., he spent some time as a Wireless Communications Researcher at the Connectivity Lab, Facebook, before joining Arizona State University (ASU) in Spring 2018, where he is currently an Assistant Professor in the School of Electrical, Computer, and Energy Engineering. His research interests are in the broad areas of wireless communications, signal processing, machine learning, and applied math. Dr. Alkhateeb is the recipient of the 2012 MCD Fellowship from The University of Texas at Austin, the 2016 IEEE Signal Processing Society Young Author Best Paper Award for his work on hybrid precoding and channel estimation in millimeter-wave communication systems, and the NSF CAREER Award 2021 to support his research on leveraging machine learning for large-scale MIMO systems.

Title of Presentation:
Sensing Aided Wireless Communications for 6G and Beyond
Title: Cognitive Sensing: The Perception-Action Cycle
Coexistence between RF sensing and communications has motivated several strategies to accommodate both systems operating in the same band and at the same time. In this talk, we discuss the different categories of coexistence between radar and communications including interference avoidance, utilization of other system resources, and full integration of the two systems. Some coexistence necessitates cognitive sensing where sensing provides the perception of the RF environment. The Perception is followed by Action that could alter the radar parameters to coexist. These parameters may include power, carrier frequency, frequency band, beamforming, and array configurability. The Action must be performed very quickly to keep up with the fast-changing dynamic environment and minimize the adverse effect on radar functionality. We provide examples of the Perception-Action Cycle (PAC) for both passive and active sensing which require direction-of-arrival estimation and source isolations. The latter is important for source signal ID and source modulation classifications. This would inform the radar system with the nature of the communication signal uplink and downlink and, as such, reveals possible spectrum vacancies for use by the radar without causing interference to communications. The talk discusses the role of machine learning and deep learning in completing the PAC.
Title: Leveraging RIS-Enabled Smart Signal Propagation for Solving Infeasible Localization Problems
Reconfigurable intelligent surfaces (RISs) have tremendous potential for communication, localization, and sensing. While communication benefits are now well understood, the breakthrough nature of the technology may well lie in its capability to provide location estimates when conventional approaches fail, (e.g., due to insufficient available infrastructure). Hence, RISs are a green enabler for providing bi-static sensing coverage. We present an overview of localization scenarios with various numbers of RISs, single- or multi-antenna base stations, narrowband or wideband transmissions, and near- and far-field operation. Then we dive deeper into 2 examples: (i) localization with 1 base station and 1 RIS, and (ii) localization without any RIS. This presentation covers joint work with Kamran Keykhosravi, Benoit Denis, George C. Alexandropoulos, Zhongxia Simon He, Antonio Albanese, and Vincenzo Sciancalepore.
Title: Space Ambient Power
This talk presents an overview of space ambient power — a new concept for provisioning green power for Internet-of-Things sensors and devices and, quite possibly, a stepping stone to solving the world’s energy problems. We discuss the feasibility of blanketing a modest urban/suburban area with uniform, low-level microwave power from a space-based platform that would allow the operation of terrestrial battery-less sensors and communications on earth. Issues involving astrodynamics, transmission technology, spacecraft subsystems, and economics will be explored. Deployment of a space-based ambient power system would also be a valuable intermediary for exploring GigaWatt-scale transmission from space into a terrestrial power grid.
Title: Sensing Aided Wireless Communications for 6G and Beyond
Wireless communication systems are moving to higher frequency bands (mmWave in 5G and above 100GHz in 6G and beyond) and deploying large antenna arrays at the infrastructure and mobile users (massive MIMO, mmWave/terahertz MIMO, reconfigurable intelligent surfaces, etc.). While using large antenna arrays and migrating to higher frequency bands enable satisfying the increasing demand in data rate, they also introduce new challenges that make it hard for these systems to support mobility and to maintain high reliability and low latency. In this talk, I will first motivate the use of sensory data and machine learning to address these challenges. Then, I will present DeepSense 6G, the world's first large-scale real-world multi-modal sensing and communication dataset that enables the research in a wide range of integrated sensing and communication applications. After that, I will go over a few machine-learning tasks enabled by the dataset such as camera, radar, LiDAR, and position aided beam and blockage prediction. Finally, I will discuss some future research directions in this interesting topic of sensing-aided wireless communications.

IRC for Communication Systems and Sensing