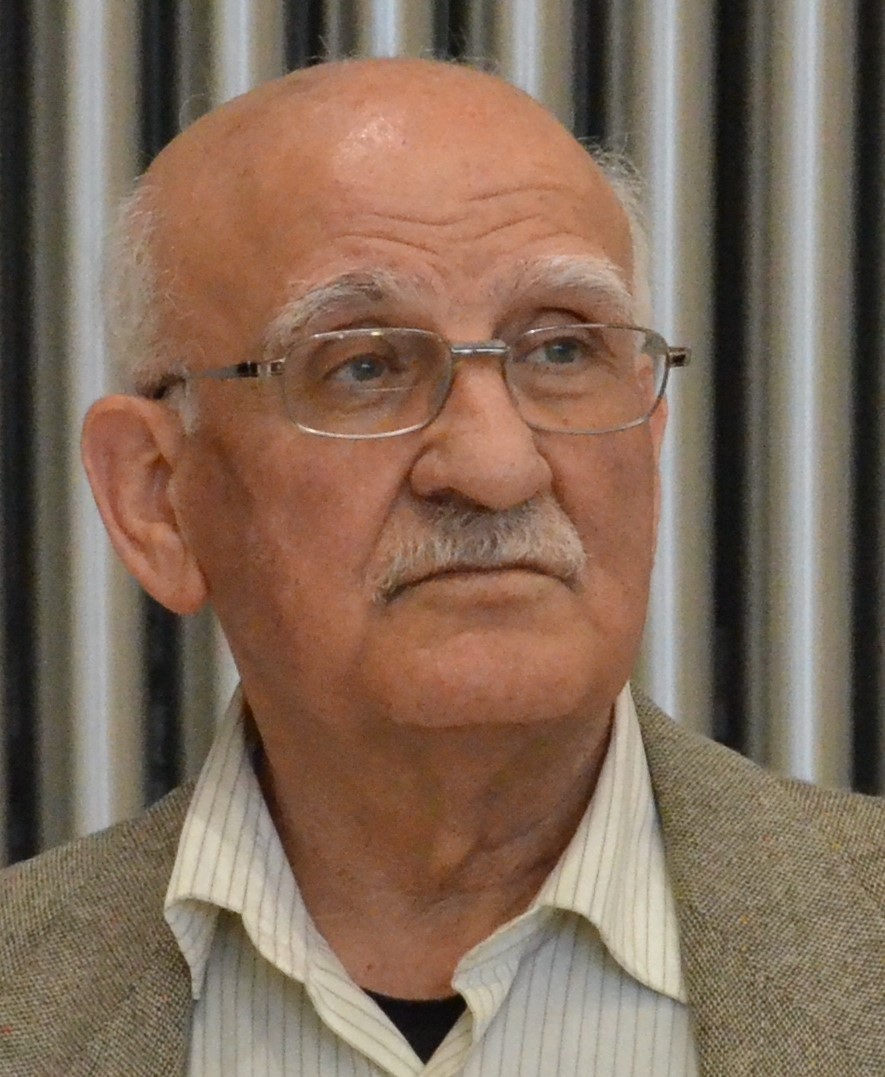 Munir Nayfeh is an atomic physicist renowned for his groundbreaking work in nanotechnology. He was born in Tulkarem, and lived in Ramallah, Palestine and in Irbid, Jordan. He received his BSc/MSc from the American University of Beirut and his PhD from Stanford University. He was a postdoc at Oak Ridge National Laboratory, a lecturer at Yale University, and a consultant at the Argonne National Laboratory, and is currently a professor at University of Illinois. He served adviser on nanotechnology at institutions in Saudi Arabia, Palestine, and Vietnam.
Dr. Nayfeh co-authored Electricity and Magnetism (also translated into Farsi and Arabic), and is the author of the recent book Fundamentals of nano silicon and applications in plasmonics and Fullerenes, and co-edited three books on laser technology, and is the author of an upcoming book on silicon-gold nanotechnology. He presents science-fiction comic stories in English, Arabic, Turkish, Urdu and Kazakh, using the trademark “Dr. Nano,” to simplify nanotechnology for children and the youth.
In the field of nanotechnology, Dr. Nayfeh has developed breakthrough imprints by developing detection of single atoms and writing with atoms, and drawing some of the smallest graffiti in the world. He has also made silicon (the dullest material in the universe and backbone of the electronics industry) glow by dispersing it into ultra-bright nanoparticles. This enables the integration of electronics and optics as well as construction of advanced low-cost devices for use in poor and remote areas, with diverse applications from harvesting solar energy and lighting to deep space exploration to early detection and treatment of acute diseases, such as cancer or cacogenic disease (hereditary diseases).
Dr. Nayfeh holds the largest number of patents in nano silicon worldwide (23 issued in US-Europe). He is founder-chief-officer of three nanotechnology companies – NanoSi Advanced Technologies (USA), Nano Silicon Solar (USA), and Parasat-Nanosi (Kazakhstan) – and has been the president of the Network of Arab Scientists and Technologists Abroad, and is an Islamic Academy of Science fellow. He received the Beckman, AT&T, Industrial 100, and Energy 100 Awards.