Despite its resounding success, lithium ion battery technology has some drawbacks that has motivated researchers around the world to look for future alternative battery technologies. These include safety issues, material abundance and cost, and geographical distribution of lithium. Aqueous zinc ion batteries are currently one of the most actively investigated battery technologies in the hope that it can one day replace lithium ion batteries. This is because aqueous zinc ion batteries are safe, environmentally friendly, use more abundant and cheaper materials, have somewhat suitable redox potential, which can minimize side reactions in aqueous electrolyte, and divalent charge which increases energy density. Despite these promises, aqueous zinc batteries suffer from several side reactions that degrade their stability and Coulombic efficiency. We have been developing strategies to mitigate these effects, including cathode material chemistry & structure, anode material surface treatments and passivation, and electrolyte and solvation structure engineering. In this talk, I will discuss some of the recent results from our group aiming to address these issues in zinc metal batteries. 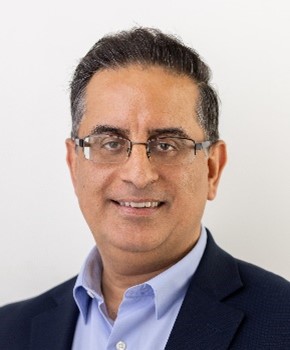 Husam Alshareef is a Professor of Materials Science and Engineering at King Abdullah University of Science and Technology (KAUST). He obtained his Ph.D. at NC State University in 1996 followed by a post-doctoral Fellowship at Sandia National Laboratory, USA. He then embarked on a 10-year career in the semiconductor industry, holding positions at Micron Technology and Texas Instruments. There he worked on developing new materials and processes for the microelectronics industry. In 2009 he joined KAUST, where he initiated an active research group focusing on the development of nanomaterials for electronics, sensors, and energy storage devices. He has won the UNDP Undergraduate Fellowship, Seth Sprague Physics Award, NC State Dean’s Fellowship, U.S. Department of Education Electronic Materials Fellowship, Sandia Laboratory post-doctoral Fellowship (1996), the SEMATECH Corporate Excellence Award (2006), two Dow Sustainability Awards (2011) and (2014), AH Shoman Award for Excellence in Energy Research (2016), KAUST Inaugural Distinguished Teaching Award (2018), and the Kuwait Prize for Sustainable and Clean Technologies (2018). He is a Fellow of the American Physical Society, Royal Society of Chemistry, and Institute of Materials, Minerals, and Mining, and IEEE Distinguished Lecturer in Nanotechnology. He is a Clarivate Analytics/Web of Science Highly-cited Researcher in Materials Science (2019, 2020, 2021 ). The author of 510 journal articles, he has over 75 issued and pending patents. He serves on the editorial board of several international journals.

IRC for Hydrogen and Energy Storage