In this webinar, the extent of usage of Digital Terrestrial Broadcasting (DTTB) services which mainly uses the 600 MHz band (614 MHz – 698 MHz) of the radio spectrum is reviewed. Regulators are trying to squeeze some part of the spectrum from this band. According to the current trend, the usage of this band may be allocated to launch International Mobile Telecommunication (IMT) system for their services. This session addresses the study of the co-existence of DTTB and IMT systems by performing the interference analysis and determining the coordination distance if the two systems are present in two neighboring countries. In the global arena, several countries have agreed to deploy the IMT services on their side while the DTTB system is still in place in the adjacent country. A case study of Saudi Arabia and one of its neighbors will be presented defining a coordination distance between the two systems which allow them to function amicably as per the set guidelines by the International Telecommunication Union (ITU) and the spectrum management policy of the Communication and Information Technology Commission (CITC). The interference analysis is performed using an open-source SEAMCAT tool which is a simulation tool to study the interference using the Monte-Carlo approach. Demonstration of the SEAMCAT will be given at the later part of the presentation. 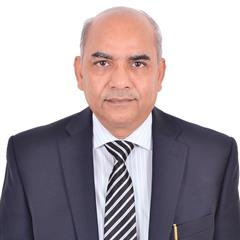 Pervez Z. Khan is currently a Research Engineer-III at the Inter-disciplinary Research Center for Communications Systems and Sensing (IRC-CSS) of KFUPM, Dhahran. Prior to joining IRC-CSS he has worked at the Center for Communication and IT Research (CCITR) of KFUPM. He received his B. Sc. (Engg.) degree in Electrical Engineering in 1980 from Aligarh Muslim University (Aligarh, India) and MS degree in Electrical Engineering in 1984 from KFUPM. His research interests include radio wave propagation modelling, interference analysis, and weather effect on communication systems including radars, cellular and microwave systems and sensing. He has good experience in planning and conducting field measurements of field strength for systems including microwave and cellular systems. He has been involved in more than seventy client-funded applied research projects of the public and private sector and projects supported under the grants program of NSTIP, Ministry of Education, and KACST. In addition, he has also worked on the projects of E-Transformation, Enterprise Architecture, ERP Systems, Access Control/Smart Card System, Business Intelligence, and IT Strategy/Planning projects.

IRC for Communication Systems and Sensing