In work package 3 of the Sustaining Research Project-Phase VII, which is a collaboration between KFUPM and Saudi Aramco, microplastic (MPs) pollution will be investigated in the Saudi waters of the Arabian Gulf. The ubiquitous presence of MPs as ‘emerging contaminants’ in the ecosystem has become a matter of global environmental issue due to its potential threat to marine life and ecology. The threats posed by MPs pave the way for increase attention among researchers, government organizations, and public community. MPs are polymers having particle sizes less than 5 mm. Based on their origin, they can be classified as primary (i.e. deliberately manufactured particles in personal care products such as fibers, pellets, films, and spheres) and secondary MPs ( i.e. produced from gradual degradation/fragmentation of larger plastic particles already present in the environment). MPs tend to accumulate on the surface of the water column, but they are also transported vertically to the bottom through various mechanisms. The presence of these non-biodegradable MPs at a micro-level can cause severe harm to many ecosystem functional groups, including commercially important fishes, mussels, and crabs. Since humans, directly or indirectly consume most of these marine organisms, the chance of human exposure to MPs is high. Studies on MPs have recently received attention in the Arabian Gulf region. However, research on MPs in Saudi Arabia is limited, despite the evident effects of MP pollution in the marine environment. In this work package, MPs presence in seawater and sediments in the Saudi waters in the Gulf will be characterized to identify their hotspots. Their presence in biota samples as well as in common salts will also be investigated. In addition to the original tasks in this work package, efforts will be taken to study the behavior and transport of MPs under laboratory simulations, model their transport in the marine environment, and examine the interaction of MPs with pollutants. This seminar will present the project strategies, scope of work, sampling and methodological plan of the work package. 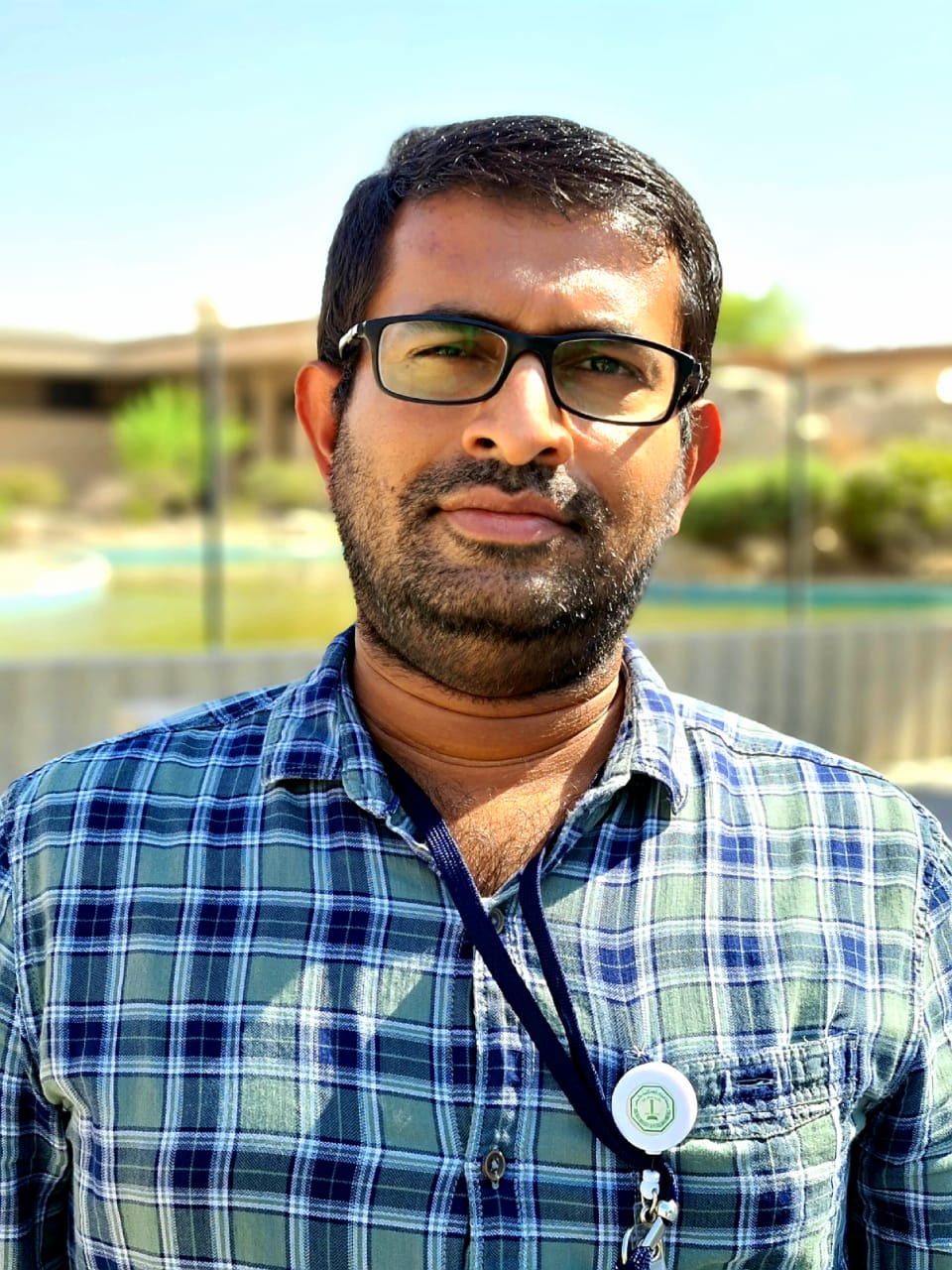 Dr. Rajaneesh Kolchar obtained his PhD in Marine Sciences in 2018 from Goa University in India. His Ph.D. thesis on the topic “Ecology of picophytoplankton from the waters surrounding India” was carried out at National Institute of Oceanography (NIO), Goa. During this period, he has received Senior Research Fellow award from Council of Scientific and Industrial Research, New Delhi, India. He has worked on many projects such as Ballast water management program, Ocean finder, and daily observation of phytoplankton community variation. Dr. Rajaneesh Kolchar joined the Center for Environment and Marine Studies in 2018 as a Laboratory specialist. During his tenure at KFUPM, he has worked on many projects such as sustaining Research Project Marine Environmental Studies in the Arabian Gulf, Jazan monitoring project, Environmental compliance monitoring and post-constructional monitoring for the Safaniya marine channel dredging project and water quality assessment for the establishment of the blue flag beach at AL-Khobar. Based on his research work, he has published several papers in peer-reviewed international journals.

ARC for Environment and Marine Studies