Blockchain can be simply defined as a distributed digital ledger that keeps track of all the transactions that have taken place in a secure, chronological and immutable way using peer-to-peer networking technology. The most known blockchain application is bitcoin that supports transactions of bitcoin transfer. However, blockchain is finding many uses in financial and non-financial applications; indeed, it is believed that blockchain will transform how we live, work, and interact. This talk will start with an introduction to Blockchain technology. It will show how Blockchain works. It will present the concept of smart contracts, which are critical in developing blockchain applications. It will also identify industry segments where blockchain can play a key role in solving existing issues. The talk will conclude by briefly overviewing our work at Montreal Blockchain Lab and our view on the future of blockchain. 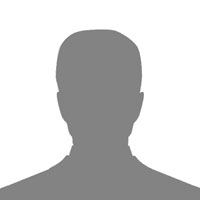 Abdelhakim Senhaji Hafid is a Full Professor at the University of Montreal. He is the founding director of Network Research Lab and Montreal Blockchain Lab. Prof. Hafid published over 250 journal and conference papers; he also holds three US patents. He supervised to graduation over 50 graduate and postgraduate students. Prior to joining U. of Montreal, he spent several years, as senior research scientist, at Bell Communications Research (Bellcore), NJ, US working in the context of major research projects on the management of next generation networks. Dr. Hafid consulted for a number of companies and startups in North America. He co-founded Tipot Technologies Inc. (Research & Development Platform for IoT). Prof. Hafid has extensive academic and industrial research experience in the area of the communication networks and distributed systems. His current research interests include Blockchain scalability and security, Blockchain disruption of various industry segments, IoT, Fog/edge computing, and intelligent transport systems.

IRC for Smart Mobility and Logistics