By 2050, solar technologies are projected to deliver the majority of the world’s electricity. Although solar energy can be used to provide both heat and electrical power, most solar panels are designed for only one of these purposes. In particular, photovoltaic (PV) panels are typically less than 20% efficient in delivering electricity from the sun’s incident energy. At the same time, it is well known that PV cells experience a deterioration in performance (efficiency) when they are operated at higher temperatures, and that this leads to high losses especially when the solar resource is at its highest. For example, a drop in PV cell efficiency of up to 20% can be expected when the PV cells reach operating temperatures of ~60-70 °C, which is easily experienced in hot climates.

This performance loss has motivated the development of so-called ‘hybrid’ PV-thermal (PV-T) solar collector technology, which combines PV modules with a contacting fluid (gas or liquid) flow in various different geometries and configurations. Here, the fluid is used to cool the PV cells and, therefore, to increase their electrical efficiency, while delivering a potentially useful thermal output (hot fluid stream) from the collector, which offers some advantages when space is at a premium and there is demand for both heat and power. PV-T collectors have been shown to be a highly efficient technology, capable of achieving system efficiencies (electrical plus thermal) in excess of 70%.

By far the most common use of the thermal-energy output from PV-T systems (in fact most solar-thermal collector technologies) is to provide hot water at 50-60 °C for households or commercial use. However, a wide range of opportunities arise at higher temperatures when additional power-generation cycles (e.g., with organic Rankine cycles, thermoelectric generators, amongst other) or thermally-driven cooling technologies (e.g., with desiccant, ad/absorption refrigeration cycles, amongst other) can be integrated with solar (including PV-T) collectors into wider multi/polygeneration systems. These additional options become viable at temperatures typically above ~80 °C, and importantly, become increasingly efficient at progressively higher temperatures.

In standard PV-T collector designs, however, the electrical and thermal outputs are traded-off each other, since any effort to collect additional thermal energy or to increase the temperature of that energy leads to an electrical loss. This has led recently to the proposal of collector designs that can deliver useful heat at a high temperature while not sacrificing the electricity output. In this talk we will present conventional and such advanced PV-T collector designs, their underpinning principles, discuss the challenges and opportunities of further developing this technology, and of integrating it within wider solar-energy systems capable of the affordable provision of cooling, heating and power. 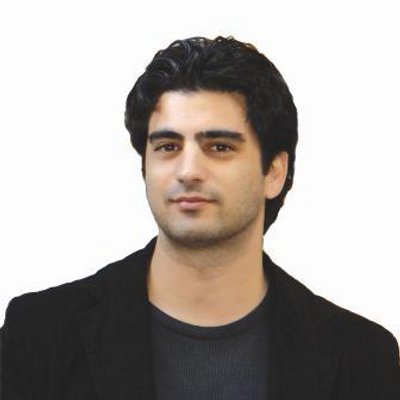 He is also, amongst other, Editor-in-Chief of ‘Applied Thermal Engineering’, a member of the UK National Heat Transfer Committee and the Scientific Committee of the UK Energy Storage SUPERGEN Hub. He specialises in applied thermodynamics and fluid flow and heat/mass transfer processes as applied to high-performance devices, technologies and systems for thermal-energy recovery, utilization, conversion or storage. His research interests include heating, cooling and power, and in particular, solar energy and waste heat recovery and conversion in heat-intensive industrial applications.

He has published >200 journal papers and >300 conference papers on these topics. He won IMechE’s ‘Donald J. Groen’ outstanding paper prize in 2016, IChemE’s ‘Global Award for Best Research Project' in 2018, the Engineers without Borders ‘Chill Challenge’ in 2020, and received Imperial College President’s Award for Research Excellence in 2017.