Since 1992, Saudi Arabia and Japan have held a joint symposium in Saudi Arabia every year on the main theme of technology related to the oil industry, and have conducted cooperation and exchange activities in the field of research and technology. This year, due to the Covid-19, we will hold an Online Technology exchange workshop.

The importance of oil as the backbone of the energy industry will not change in the future, but looking ahead to the future of the oil industry, it is necessary not only to improve the sophistication and efficiency of oil refining technology, but also to promote carbon recycling and the direct conversion of oil into useful compounds from the viewpoint of reducing carbon dioxide emissions. This Online Technology Exchange Workshop is divided into two sessions under the unified theme of Innovative Refining & Petrochemicals.
In the first section (Refining using molecular modeling and simulation), we will report the results of our research on the use of molecular models to describe heavy petroleum fractions, the applied research using the molecular models and on the use of computer and simulation techniques to speed up and optimize catalyst development. In the second section (Introduction to the research activities, Petrochemicals), we will introduce Saudi Aramco's research activities and report the results of our research on the use of light naphtha as a high value-added petrochemical feedstock.

We hope that this online technology exchange workshop will promote technical and human exchanges between Saudi Arabia and Japan, contribute to the human resource development of young researchers, and strengthen the relationship between the two countries.

Finally, we would like to report that the Annual Saudi-Japan Joint Symposium has been held, jointly hosted by 4 entities: KFUPM, Saudi Aramco, The Japan Petroleum Institute (JPI) and Japan Cooperation Center Petroleum (JCCP) that implement projects to promote cooperation with oil and gas producing countries.

Crude oil contains asphaltene, which is defined as a component that is insoluble in heptane or hexane and soluble in toluene. Past studies have shown that asphaltene consists of tens of thousands of heavy hydrocarbons with atoms such as nitrogen, sulfur, and oxygen, and some metals such as nickel and vanadium. Asphaltene exists as a molecular aggregate, causing serious precipitation/deposition problems in petroleum processes such as oil-well plugging in crude-oil production, fouling in pipelines, and catalyst deactivation in refineries. Therefore, it is important to know their aggregation behaviors under different conditions. Asphaltene molecules and their aggregation behaviors are modeled by ultra-high resolution mass spectrometry with column separation methods, Rayleigh scattering measurements, small-angle X-ray scattering (SAXS) measurement, and Hansen solubility parameter (HSP) analysis. The model enables us to determine the phase distribution of each molecule and the degree of aggregation of their molecules under various conditions, which is very helpful for engineering and improving the crude oil processes.

This research was supported by the Japan Petroleum Energy Center (JPEC) as a technological development project entrusted by Ministry of Economy, Trade, andIndustry

Residue desulfurization (RDS) is one of the key processes to produce higher value products from heavy fractions and effective to improve profitability of the refinery. Japan Petroleum Energy Center (JPEC) has been developing “Petroleomics” since 2011, which enables us to evaluate detailed chemical structures of heavy oils with FT-ICR MS. As one of application targets for Petroleomics, we are challenging to design sophisticated RDS catalysts based on big data from heavy oil components.

A series of Mo/Alumina based catalysts with different characteristics (pore diameter, amount and types of additives, and Nickel/Cobalt ratio) were prepared and evaluated by using 16-fold high throughput reactors. Properties of product oils were analyzed by FT-ICR MS and correlated with catalyst characteristics by means of support vector machine (SVM). Petroleomics analysis revealed reaction characteristics of prepared catalysts in molecular level, e.g., Nickel/Cobalt ratio and the amount of support additive affected the selectivity of hydrogenation for aromatic species in residue. The obtained results give new insights for the catalyst design strategy to reduce polyaromatic compounds, which will lead to effective reduction of Conradson carbon residue (CCR).

The application of response surface method for the rapid optimization of RDS catalyst properties will also be presented. 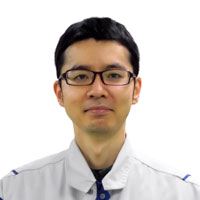 The present research aims at investigating the promotional effects that can be attained with dual water-soluble precursors and a bimetallic oil-soluble precursor for vacuum gas oil (VGO) hydrocracking in a slurry-phase reactor. The synergistic effects of NiLTM were investigated by employing it as a cocatalyst with a commercial hydrocracking catalyst.1 The products analysis indicated that Ni-LTM significantly decreased the coke deposition on the supported catalyst as noticed by the SEM images. The dispersed catalyst provides high hydrogenation activity because of their small sizes that are similar to reactant molecules which reduces the formation of coke and minimizes the fouling of equipment. The high surface area-to-volume ratio of the dispersed catalysts reduced the mass transfer limitations by minimizing the gradients of concentration and facilitating the reactants diffusion inside the catalyst particles.2

A five-lump discrete reaction scheme was found suitable for the kinetic modeling of VGO hydrocracking over the cocatalytic system. The estimated kinetic parameters show that VGO has a higher probability of being converted to naphtha than distillate, which explains the high selectivity of naphtha compared to the other pseudoproducts. The catalyst decay constant decreased with the process severity indicating an enhancement of hydrogenation by the dispersed catalysts.1,2 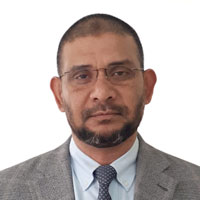 In spite of their importance, nanostructures of practical heterogeneous catalysts are hardly elucidated by experimental means. Recent developments in computers and DFT calculations have enabled realistic simulation of complicated systems. However, the bottleneck of the computational chemistry is at the fact that computational chemistry requires a molecular model of materials as an initial structure: For complex materials like heterogeneous catalysts, the construction of molecular models relies on physicochemical inference or limited experimental clues, and inaccurate molecular models fall in wrong local minima as a result of usual geometry optimization. A method for non-empirical structure determination has been desired in this respect.

Recently, we have developed a non-empirical structure determination program, which combines a genetic algorithm for global exploration and DFT calculations for local geometry optimization. The program was successfully applied to the nanostructure of TiCl4/MgCl2 as an olefin polymerization catalyst. The structure determination clarified that the adsorption of TiCl4 as a catalytically active component accompanies a reconstruction of MgCl2 nanoplates, and this also causes structural diversification of the system. The latter fact is plausibly related to the distribution of polyolefins produced by Ziegler-Natta catalysts. The work of Toshiaki Taniike and Toru Wada forms a part of the research programme of DPI, project no. 802. 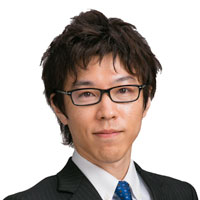 Introduction to the Refining R&D Activities in Saudi Aramco 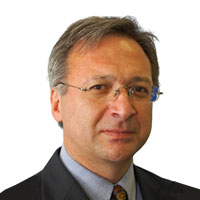 The main utilization of C5-C6 paraffinic naphtha has been as a feedstock for steam cracking (60%) plants for ethylene production and as an isomerate for gasoline blending (30%). However, currently light naphtha components find less use as gasoline blending because of their high vapor pressure and low-octane number.1The aromatization of light naphtha into benzene, toluene, and xylenes (BTX) aromatics has attracted interest from industry and academia because benzene and para-xylene are very important basic petrochemicals used in the production of several economic value chemicals and polymers. 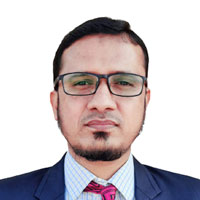 Mesoporous alumina and Zn-exchanged ZSM-5 were combined and its effect on the activity and selectivity of aromatic compounds were investigated in dehydrocyclization of npentane. A conventional kneading method was used to prepare the composite catalysts with the weight ratios of ZnZSM-5, Al2O3 and a binder of 85:0:15, 75:10:15 and 65:20:15. Dehydrocyclization of n-pentane was performed using a fixed-bed reactor under the conditions, H2 atmosphere and temperature range 450-550oC. ZnZSM/0A (85wt% ZnZSM5, 0wt% Al2O3, 15wt% binder) exhibited the highest conversion. The selectivity for toluene and benzene increased with increasing temperature while it decreased in the order ZnZSM/10A> ZnZSM/0A> ZnZSM/20A. The result indicated that the use of mesoporous Al2O3 as a matrix would be very effective for this reaction and draw the maximum catalytic functions. When the reaction route was estimated from the amounts of methane, C2 and C3 fractions formed, it was proposed that active Zn species would catalyze the aromatization of olefins where benzene is formed from ethene and butene, toluene from propene and butene, and xylene from 2 molecules of butane. 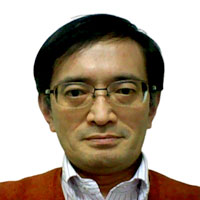